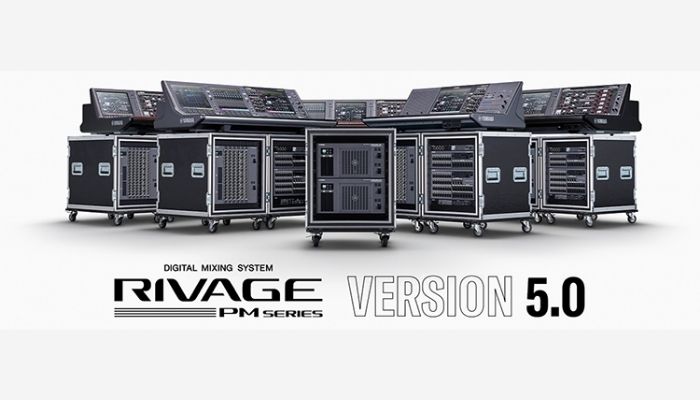 The Portico II Master Buss Processor (P2MB) is a Virtual Circuit Modeling (VCM) recreation of the RND Master Buss Processor, delivering the ultimate in dynamics, tone and stereo field control for the stereo master buss. Based around the high voltage, discrete, class A signal paths made famous in the RND 5088 mixer, the P2MB redefines the boundaries of traditional two channel compression and limiting. Though originally developed for mastering applications, the MBP quickly became a favourite of mix, tracking, front of house and live streaming engineers.

“When we first launched the Portico II Master Bus Processor, we expected it to be used primarily for mastering and studio mix applications. Rupert and the entire team were pleasantly surprised when it became a standard for FoH, with hundreds of tours trusting it as the final piece in the signal chain,” says Josh Thomas, General Manager and Co-Founder at RND.

“With its VCM technology, Yamaha has come up with an extremely faithful digital replica of the MBP, one of the most complex analogue processors we produce. We look forward to hearing the benefits of this new emulation at concerts in the coming months.”

Finally, the updated firmware adds full compatibility with the Open Sound Control (OSC) network control protocol, which allows remote control of a range of parameters, including fader levels and mutes, pan, mix and matrix sends, delay times and Scene Memory recall. It’s ideal for use with theatre and broadcast automation systems and software, such as Figure 53’s QLab. Alternatively, users can create custom control panels with a variety of apps and touch-screen devices.

“RIVAGE PM firmware Version 5.0 includes many user-requested features. We are confident that everyone - from existing customers and RIVAGE PM users involved in live streaming and other new forms of entertainment, to those people considering investing in the series - will find this significant update beneficial,” says Chihaya ‘Chick’ Hirai, General Manager of Yamaha’s PA Marketing and Sales Department.

“We are very pleased to continue our successful collaboration with RND, which has been instrumental in the sound of our digital mixing systems since 2012. Plugins for SILK processing, EQ, compression and more add appealing colour to the input stage of RIVAGE PM systems and the P2MB plug-in is the culmination of our first foray into the output stage with RND. It represents a huge step forward in our relationship and we are very happy to help further the legacy of Rupert Neve, RND founder and pro audio legend, and his limitless passion for sound.

“We will continue our ongoing efforts to listen to our customers and give them what they need for the best and most efficient mixing experience.”

RIVAGE PM Version 5.0 is a free firmware update for RIVAGE PM owners. It can be downloaded here.